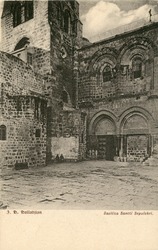 This file primarily concerns the sovereignty status of the Hanish Islands, as well as that of other islands in the Lower Red Sea. It documents concerns held by the British Government that the Italian Government is in the process of attempting to establish some kind of informal control over certain islands.Matters discussed in the correspondence include:The content and wording of a proposed Red Sea Lights Convention, the result of negotiations between the British and French governments, which ostensibly relates to the construction and maintenance of lighthouses – both on islands in the Lower Red Sea and in the territory of Mocha – but also concerns questions of sovereignty.Whether the Italian Government's plan to construct a lighthouse on South-West Haycock Island constitutes a claim of sovereignty over the island.The establishment of Italian military posts on the Hanish and Jebel Zukur [Jazīrat Jabal Zuqar] islands.Concerns expressed by the Admiralty and Foreign Office that by establishing these posts the Italian Government could be attempting to enforce rights of sovereignty over the islands.The extent to which either the Treaty of Lausanne (1923) or the Rome Conversations of 1927 (between Britain and Italy) provide any basis to contesting an Italian claim to sovereignty over the islands.Reports of attempts by the Italian military posts to restrict fishing and pearling in neighbouring waters to dhows possessing a permit from Assab.The file features the following principal correspondents: His Majesty's Ambassador in Rome (Sir Ronald Graham, succeeded by James Eric Drummond); the Command-in-Chief, Mediterranean; the Senior Officer of the Red Sea Sloops; the Italian Ministry of Foreign Affairs; officials of the Foreign Office, the Colonial Office, the India Office, the Admiralty, the Air Council, and the Board of Trade's Mercantile Marine Department.As well as correspondence the file includes the following: extracts from reports of the proceedings of HMS Dahlia(1929 and 1931), HMS Penzance(1933), and HMS Calcutta(1934); copies of the minutes of an interdepartmental conference, held at the Foreign Office on 6 July 1931 to consider questions relating to the Red Sea islands; draft English and French texts of modifications to the aforementioned Red Sea Lights Convention, prepared by Sir Cecil Hurst, legal adviser to the Foreign Office; two sketch maps depicting the Lower Red Sea islands and surrounding area.In addition to the aforementioned French text, the file contains some material in Italian, namely a copy of a fishing permit issued at Assab (an English translation is included).The file includes a divider which gives a list of correspondence references contained in the file by year. This is placed at the back of the correspondence (folio 2).

The papers are arranged in approximate chronological order from the rear to the front of the file.

Foliation: the foliation sequence commences at the inside front cover with 1, and terminates at the last folio with 209; these numbers are written in pencil, are circled, and are located in the top right corner of the recto side of each folio.